Close
HomeGeneral news‘I was told I could achieve anything!’ 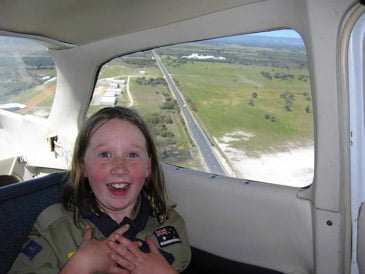 Previous item A new look for Scouting in... Next item Adult Recognition Awards 2018

‘I was told I could achieve anything!’

For Dana Kelly, Scouts was not just an activity she did once a week. It became part of her identity and empowered her to become a leader within the community. Her reason for starting was just like most – “Mum and Dad told me to give it ago,” she said. But her reasons for staying, were a reflection of the remarkable volunteers that create an environment for over 5,000 youth to call home.

“Scouting has taught me skills that I would not have acquired elsewhere,” Dana said.

“It has taught me to be resilient, how to be a leader, and an effective team player.

“I now have the tools to navigate workforce, to overcome anxiety and most importantly, to find the fun in even the most challenging situation”.

One of the most exciting experiences that Dana recalls from her time as a Venturer Scout is learning to drive.

“Not only was I learning to drive a car after school, but I was rally driving in the bush that very weekend with people who were a stranger in the morning and a friend in the afternoon,” she said.

“Sometimes I think I took Scouting for granted, as not every child/teenager had such a strong support system outside of their family and school life”.

Having achieving a Grey Wolf Award and Australian Scout Medallion, Dana says achieving excellence is something that she strives for. She attributes her determination to her time involved with Scouts.

“Scouts sparked my love for the outdoors and my passion for helping people,” she said.

“Scouting is an amazing movement and I am very proud to call myself a Scout”.

Having recently gained acceptance into university, the now 23-year-old is excited to chase her dream of becoming a mathematics teacher.

“I have the opportunity by gaining acceptance into university to become one of the many strong women I met through Scouting and I plan on inspiring as many young individuals as I can.”