The Scouts WA Board is comprised of 12 elected members, one ex-officio member (Scouts WA Chief Commissioner) and up to a further two members appointed by the Board.

The role of the Scouts WA Board is to: 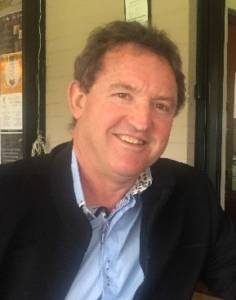 Greg has retired from his nationwide Engineering Consulting practice – Structerre Consulting Engineers – after 39 years of practice as a Professional Engineer but retains a financial interest and regularly meets with his senior partners, providing advice and guidance as needed. He served as President of the prestigious Royal Perth Golf Club from 2012-2014, following two years as Vice President. He has been a Board Member at Golf WA, a not-for-profit, volunteer-driven State Sporting Organisation since March 2014 and has been its Chairperson since 2018. Greg has been a member of the Subiaco Scout Group since approximately 1998. He has been a Youth Leader there since 2002 – as a Scout Leader, Venturer Leader and Rover Advisor – and has been a member of the Group’s Committee as Deputy Chair since 2005. Greg has served on a Scouts WA Advisory Group in the review of all of the Branch’s real estate interests and he is currently the Scouts WA Honorary Engineer. He remains a passionate advocate for the organisation, its purpose and its achievements. 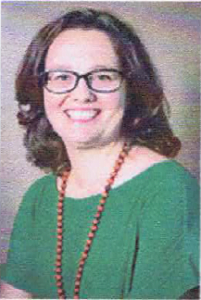 A chemical engineer with additional degrees in Arts and Mineral Economics, Miriam has worked for major resources and contracting companies in a variety of roles including engineering, project management, diversity policy, project controls, marketing, technical development and innovation. Miriam is currently a Director of Pilbara Minerals. Miriam Stanborough is an experienced manager and non-executive director who currently sits on two additional not-for-profit Boards (SHINE Inspire Achieve Belong Inc and the Northern Agricultural Catchments Council) and the Board of a statutory authority (the Minerals Research Institute of WA). 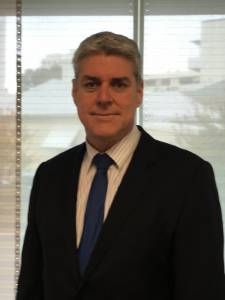 Glenn is a director of MCK & Co Pty Ltd, a chartered accounting firm based in West Perth. Glenn has over 30 years of experience in chartered accounting providing accounting, taxation and corporate financial management advice to national and international growing SME entities and high wealth individuals. Glenn has a Masters In Applied Finance from Melbourne University and has been a member of the Institute of Chartered Accountants in Australia and New Zealand since 1989. Glenn is also a director of Zellebrate, a bricks and mortar retail search tech start-up. 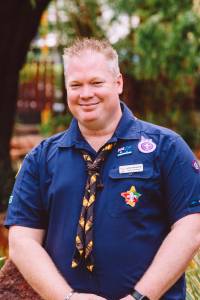 For the past thirteen years, he has worked as a Youth and Community Development Officer for various local governments. Ayden is also a member of the Governance Committee for the Youth Affairs Council of Western Australia. Ayden Mackenzie joined Scouts in 1994 as a Venturer Scout and is a Queen’s Scout awardee. In early 2014, Ayden was appointed to the position of Deputy Chief Commissioner, Youth Program. He is WA’s representative on the National Youth Program Team and the Youth Program Review. Ayden is responsible for the implementation of the new Youth Program in Western Australia. In recognition of an outstanding contribution to Rovering, Ayden received the National Rover Service Award in 2010. He was awarded the Silver Koala in 2018 in recognition of his outstanding service to Scouting and the Black Swan Award for eminent achievement and meritorious service that has advanced Scouting in an extraordinary way.

David is a police officer in the Western Australia Police Force, where he has served in a range of regional and metropolitan areas for over 13 years. He successfully completed detective training and has worked as a detective for 8 years, 3 as a Detective Sergeant. He has a strong knowledge of Criminal law and legislation, and is capable of interpreting and researching complex matters of law and procedure. In previous roles he oversaw large caseloads involving complex and serious crime investigations which required managing human and physical resources, media management, large volumes of information and high risk to the community. As a detective David has worked at the Child Abuse Squad and strongly advocates for the protection and safety of children. A significant number of the investigations he managed at Child Abuse Squad were in the online environment, dealing with offending through use of social media with investigations regularly crossing state and international borders. He feels fortunate that he can share some of his expertise in the area of child protection, to educate youth and leaders involved in Scouting to actively prevent harm to youth and unwarranted allegations against adults. As a Detective Sergeant in his current role in the State Intelligence and Command Division, David performs an oversight role, managing daily activities and focusing on strategic direction within the unit. His role requires a strong legal and management focus which he incorporates with his leadership skills.  David is married and the father of five children, four of whom attend scouts weekly in the Joey Scouts, Scouts and Venturer Scouts units – the fifth will be a keen participant as a Joey Scout! He is an active adult member of the Carramar Scout Group assisting on the group committee, as the group Quartermaster. David actively participates in fundraising events, committee meetings, and assists with weekly Scout nights and planning of camps and other events. In applying for a role on the board, David is committed to the ongoing development of Scouting which brings a “fun filled adventurous journey of learning and skill building” to the thousands of youth members in Western Australia. By utilising his leadership skills and understanding of Scouting, David believes he is capable and can effectively contribute to the improvement of Scouts WA as a board member. 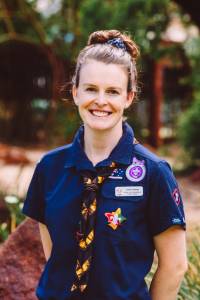 Caitlin Arcus finished Rover Scouts at Subiaco in 2018 and has nearly 20 years of experience as a Scout, commencing in Cub Scouts and holding multiple leadership and event roles, including roles as Rover Crew leader and on the WA Rover Council Executive. She was a Scout leader for nearly 2 years and has steered the Youth Empowerment portfolio since 2016, initially as a Branch Commissioner, then moving into the role of Deputy Chief Commissioner – Youth Empowerment in 2018, sitting on Swan Patrol since then. She participated in a range of events and activities throughout her time as a youth member including WA Branch Youth Council member and Chairman, producing reports outlining youth members’ of Scouts WA (and Australia’s) ideas, decisions and opinions on a range of matters. Attending Iceland World Rover Moot and the World Scout Conference in Azerbaijan in 2017 were definite highlights and assisted in the educated, broad-minded and resilient person she’s become. Caitlin is a Senior Physiotherapist working in the tertiary hospital system, including supervision and training of students and other staff members, along with service co-ordination and co-curricular activities within the department including Environmental sustainability within the workplace and the Mental Health and Wellbeing team. She has lead Scouts WA during the Covid-19 pandemic as Acting Chief Commissioner from 1 March – 30 June 2020. Caitlin is now the Deputy Chief Commissioner – Program Support and a Member of the Branch Leadership Team. Her experience and drive for Scouting will bring energy and passion to the Board, wishing for Scouting to be the best it can be, now and into the future. 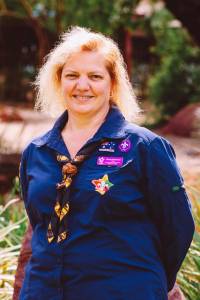 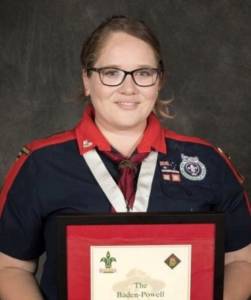 Rebecca has a Bachelor of Arts and a Graduate Diploma in Secondary Education from the University of Notre Dame and is currently studying a Master of Education at Edith Cowan University. Rebecca is currently Deputy Principal – Administration and Operations at Communicare Academy, a school for at-risk and disengaged youth, where she operates the school’s Venturer Unit. Rebecca Morse joined Scouting in 2005 after moving to Australia from Scotland with her family. Rebecca started in Venturers, after having been a Brownie and a Guide in Scotland, and continued right through to Rovers and was booted in 2017. During her time in Rovers, Rebecca held many committee positions for WARC, the governing body of the Scouts WA Rover Section. After two terms as WARC Public Relations Officer, Rebecca became Vice Chairman – Membership and Training position; she then served as WARC Chairman. Rebecca was awarded the Special Service Award in 2016, recognising her service as WARC Chairman and the growth of the Rover section. For her last year of Rovers, Rebecca was WARC Secretary and completed her Baden Powell Scout Award. 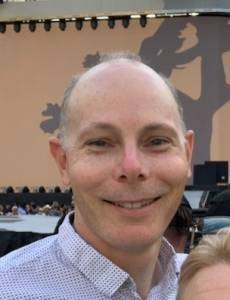 Clinton joined the South Headland Cub Pack in 1979 and has been a member of the movement ever since. He chaired the WA Rover Council in 1996, earning the BPSA in the same year. His subsequent roles have included Deputy Chairman of the 2009 Australian Venture (Escape) and Branch Rover Adviser as well as Deputy Chief Commissioner – Strategic Services. Serving 23 years on the Training Team, mostly in the Rover section, since 2015 he has been the Group Leader at Rossmoyne Shelley where his 2 children are members. Outside of Scouting Clinton is a chemical engineer. He manages a team of process engineers at a consultancy and has a reputation for his expertise in risk management. 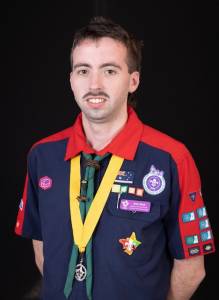 Toby Blyth started his Scouting journey as a Cub Scout at the Bunbury Sea Scout Group in 2005, where he was then a Scout and Venturer Scout. In 2016 he joined South West Regional Rover Unit, and moved to Leschenault Scout Group to become a Cub Scout Leader then Scout Leader. In 2017 Toby became involved with the Youth Program Review where he presented many Program Concept presentations across WA. This lead to him taking on the role of Assistant Regional Chief Commissioner Youth Program for the Country Region. As the New Program Transition continued, Toby joined the Program Training team where he supported groups across WA to transition to the new program. At the same time, Toby was still involved in the Rover Scout section and in 2019 was the Vice Chairman of the Western Australian Rover Council, and then in 2020 the WARC Chairman. Toby continues to be involved in many areas of Scouting, he is the Branch Commissioner Outdoor Adventure Skills, and the WA Rovers representative on the National Rover Council. Outside of Scouting Toby is dedicated to supporting the people around him, in 2020 he completed a traineeship at the City Of Bunbury in their Community Development team, and has since become a Disability Support Worker where he assists people with disabilities to live a normal life within their communities. 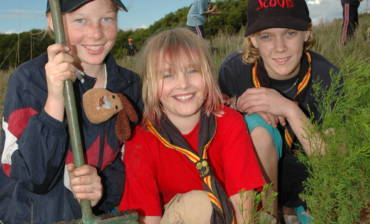 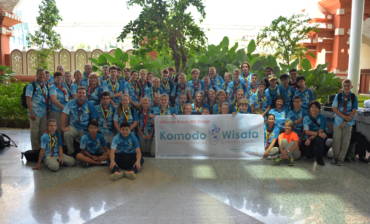 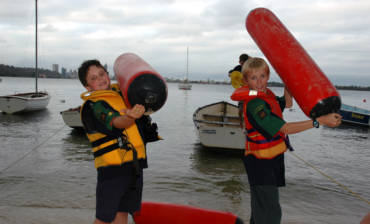 Our program is like nothing else, offering a huge range of activities and experiences for ages ranging from 6 to 25 – and new members can join at any stage of Scouts!

From stories, games and craft to camping, bush adventures and water activities, Scouting offers activities to suit every interest and age group.

Scouts grow through adventure and new challenges. They make friends, build confidence and explore their abilities and interests. But most of all, Scouts have fun!

Scouts WA values diversity and we warmly welcome members and volunteers from all backgrounds, and those with intellectual or physical disabilities.

If you're looking for your local Scout Group, we have made it easy for you. Simply search, register and become a member now for a fun filled adventurous journey of learning and skills building.
Find your local Group