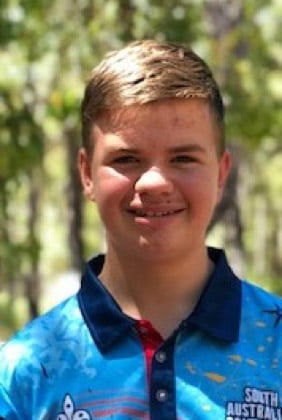 From Shy Scout to Star Speaker

If you asked Declan Schotte five years ago to host one of the biggest events on the Scouting calendar, it would have never have happened.

“I used to get so nervous speaking to people in crowds, let alone in front of senior people involved with Scouting such as Branch and Regional Chief Commissioners,” says Schotte.

But in 2017, the sixteen-year old not only helped run the seven-day Campwest event at the Manjedal Activity Centre, he was also approached to be the official Master of Ceremonies.

“That weekend I spoke in front of 500 youth and adult members, which is something I’m really proud of.

“My ability to voice my opinion, know when and when not to speak, as well as respect and react appropriately when discussing issues that others didn’t agree with, completely changed during my time in Scouts”.

The Darch resident says his self-confidence and the way he now conducts himself is credit to the skills he learnt at his weekly Scouts meetings and the people he has had the opportunity of working with.

“I’ve had lots of great  leaders that are keen to mentor and guide youth members like myself”.

Just recently, Schotte had his subject selection interview with his Head of Year ahead of his Year 11 exams to discuss where he would like his academic career to take him.

“I love being a leader at my group and want to take that a step further.

“My dream one day is to be a corporate lawyer and help others on a larger scale.

“Over the next year, I’m going to do everything I can to improve my marks and get the grades I need to, in order to make this happen”.

Declan was selected to be one of four Assistant Contingent Leaders with the WA Contingent Team and provides valuable input and experience to ensure the voice of youth is represented in preparation of the 2019 Australian Jamboree in Adelaide.

“To anyone considering joining their local Scout group, Declan has this piece of advice.

“If you want to try something new in a safe and friendly environment, this is the place to do so”.